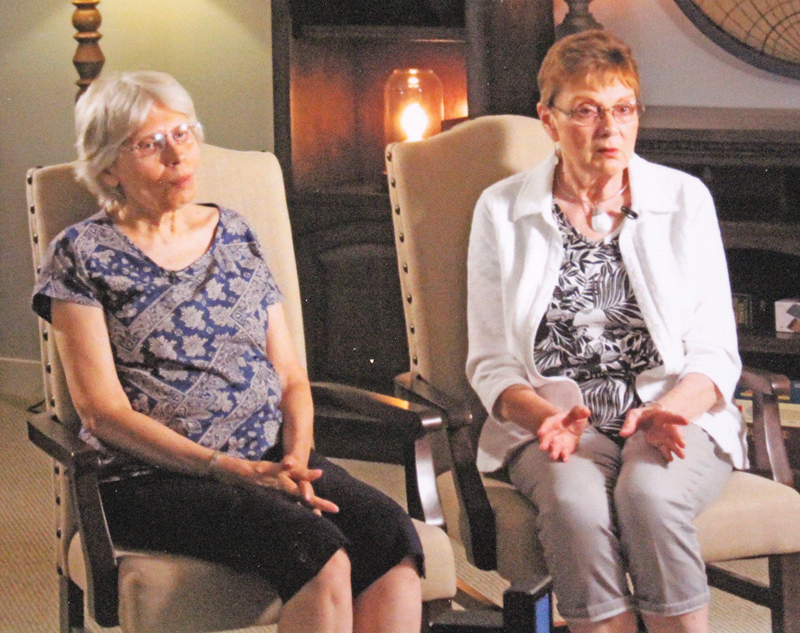 TELEVISION INTERVIEW — Denice Juneski, left, and Linda Jourdeans are shown during a recent interview by Boyd Huppert of KARE 11 TV. Juneski and Jourdeans were switched at birth. —photo submitted

ROBERTS – Switched at birth sounds like a premise for a movie of the week but for one Glenwood City resident, Maureen Konder this is reality. Maureen recently found out that her mother, Linda Jourdeans of Roberts, WI was switched at birth with Denice Juneski from Eagan, MN. For those of you who watch KARE 11 and are a fan of Boyd Huppert’s segment you may have seen this story but not realized the local connection.

I met up with Maureen and her daughter Kaitlin at her Mom’s home in Roberts.

The story unfolded with a DNA test. A woman by the name of Denice Juneski, was doing some research on her family. Denice had originally sent in a DNA sample of her mother, Marianne Mayer to see what she could find out because Marianne had been adopted. After getting those results back, Denice decided to send off her own sample and was rather shocked to find out she didn’t match anyone on her mother’s list, including her mother but did match a bunch of people she had never heard of.

Thinking there might have been a mistake, Denice took the test again with the same results. 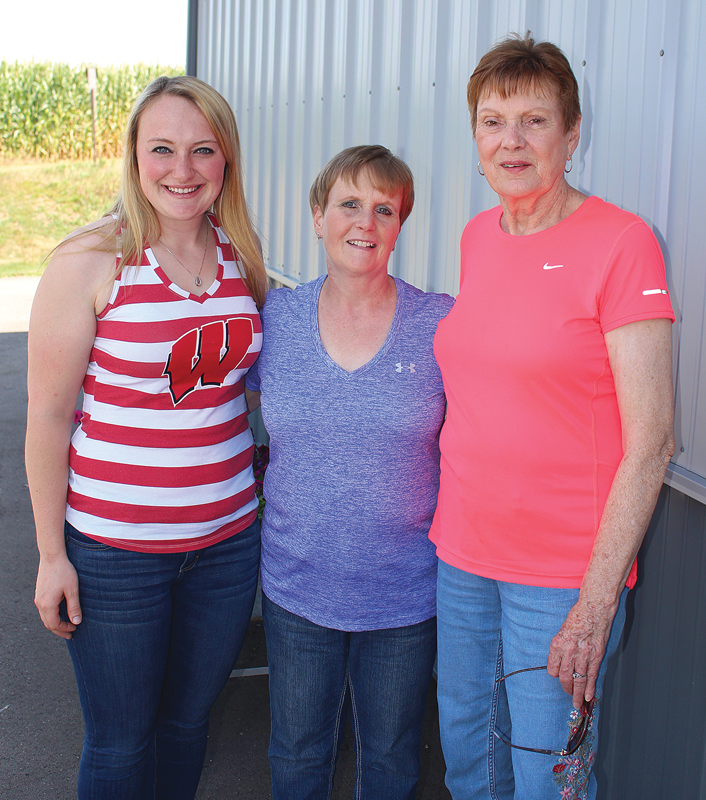 THREE GENERATIONS — Glenwood City’s Kaitlin and Maureen Konder (left and center) are pictured with their grandmother and mother, Linda Jourdeans of Roberts. Linda recently discovered that she was switched at birth. —photo by Missy Klatt

Linda’s niece, Lori, who’s a nurse and lives in Arizona was also curious about her DNA and had done the test and was surprised to get a notice that she had another aunt, Denice Juneski. It was Lori who first communicated with Denice and found out that she and Linda had the same birthdate, December 19, 1945 and were born at the same hospital, Bethesda Hospital in St. Paul. They were actually born just 31 minutes apart from each other in the wee hours of the night. It was Lori and Denice that put the pieces together and figured out that indeed Denice and Linda were switched at birth.

Lori first got in touch with her cousin Michelle, Maureen’s sister and told her what she had found out. So Michelle and her husband told Linda that we think you were switched at birth. Immediately Linda wanted to take a DNA test. She wanted to see the results on paper. It was early April of this year when she received the results.

As a matter of fact, Michelle had told her mom for years that she didn’t look like the rest of her siblings and she didn’t act like them. In 2002 Michelle actually went down to the public records to see if anyone else was born at the same time. Linda states, “Michelle actually found this girl but then we just kind of thought what would her name be? how would we ever find her?, we just kind of ignored it thinking it wasn’t for real.”

Maureen and the rest of the Konder family found out about Linda being switched at birth on April 7th when they had all gathered at a restaurant in Stillwater to celebrate Kraig’s (Maureen’s husband) 60th birthday. Kaitlin said when she (Linda) first told us we thought it was a joke.

Maureen always thought it strange that her mom has brown eyes and none of her siblings do. Both of Linda’s parents (the parents that raised her) had blue eyes, another indication that maybe Linda wasn’t where she was supposed to be. 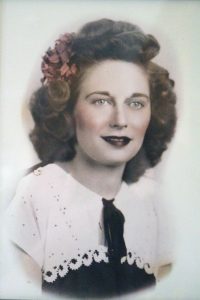 When Denice and Linda first met it was at the memory care home where “their” mother lives in Woodbury. It was also here where Boyd Huppert first interviewed them. “Their” mother, Marianne, turned 99 this year. Rochelle Nielsen, the mom that Linda grew up with passed away when Linda was just 17 years old. Linda visits her biological mom every week. Linda said at first she would have to remind Marianne who she was but now she knows Linda and smiles when she comes to visit.

Maureen and Kaitlin first visited with their grandmother/great grandmother on Mother’s Day.

Earlier this summer there was a Nielsen family reunion where the siblings of both families all got together with many other relatives. Linda said there were 53 all together at the reunion.

Kaitlin commented that you can tell we belong to that family. “They all look alike, like us” She goes on to say that “Yogi (Linda’s biological brother) looks like Duane (Maureen’s brother).”

Linda would have had a biological sister, Geraldine but she passed away in 2009, the same year her biological Dad, Otto passed away. Yogi’s real name was Otto Jr. but was nicknamed Yogi after Yogi Berra. They were a big baseball family with Otto even playing for a time with the St. Paul Saints. This was something else that Linda has in common with her biological family as she was a big softball player.

Linda has gotten together a few times with Yogi and the last time they were together, he said “oh my God you and Geraldine would have gotten along so well.”

Visiting with a “new” cousin, her cousin remarked: “Geraldine always did that expression”. Linda wasn’t even sure what she did but just goes to show you that sometimes there is no denying family.

Linda has talked to another “new” cousin that she hopes to get together with later this year. Linda still has a few more relatives to meet but she said Denice has a lot more to meet as the family Linda grew up in is quite a bit larger. Linda says that she thinks Denice is excited to meet everybody.

After the family reunion Linda put together a photo album which she has written on the front cover “Switched at Birth”. It contains photos from the reunion plus old photos of her biological family that they have shared with her. Early photos of Denice look remarkably like one of Linda’s sisters. And when Maureen first met Denice she said you look just like my mom’s sister. Maureen jokingly refers to her aunts and uncles (the siblings that Linda grew up with as the pretend aunt and uncles). Linda also has photos of her “two moms” hanging on her dining room wall. 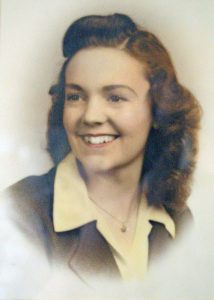 Linda’s been amazed at how many people have heard about this story. She said it’s gone all over; Australia, China. “After a while if I wanted to find out where it went I just googled my name. They wanted us to fly to New York to do the CBS Morning Show and the Today show has been bugging Denice but we decided we didn’t want to do all that.”

Linda stated that “Everybody has accepted this and all my brothers and sisters have said you’re still our sister.” She goes on to say “I have a new brother, a mom.”

I asked Maureen whether she called Yogi, Uncle Yogi but she said she just calls him Yogi. With her new grandmother it was a little different. “At first it was hard when we went to see Grandma at the nursing home, assisted living place. About the third time I went to see her I said today I’m going to call her Grandma and I did.” When she went to leave Maureen said “I’ll see you later Grandma, I gotta go and I hugged her and all of a sudden I turned around and I could see a tear coming out of her eye. I said mom I think she’s starting to cry, it was really touching.”

Linda said the one time she was there she asked Marianne, “can I call you mom? She said yeah. And that time she did cry.”

For now both families are still getting to know each other and have embraced the fact that they are now one big family.