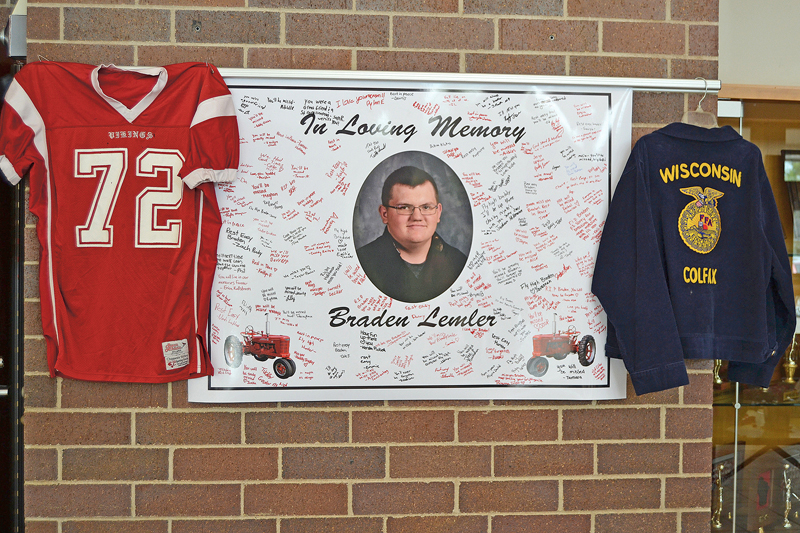 IN LOVING MEMORY — A memorial has been set up in the lobby at Colfax High School for 16-year-old Braden Lemler. Dozens of students have written messages and signed their names on the poster with Braden’s picture. Braden died in a car crash on county Highway M north of Colfax Friday afternoon on his way home from school. — Photo by LeAnn R. Ralph

COLFAX — A sophomore at Colfax High School died in a single-vehicle rollover accident on county Highway M north of Colfax in the Town of Grant Friday afternoon on his way home from school.

Braden Lemler, 16, of Sand Creek, was killed after the GMC Sonoma he was driving rolled multiple times.

According to a news release from the Dunn County Sheriff’s Department, the Dunn County E-911 Center received a report of the accident shortly after 3:30 p.m. Friday, May 11.

Upon arrival at the scene, deputies determined the Sonoma had been traveling north on Highway M, had gone onto the shoulder, had over-corrected and then had rolled multiple times.

Lemler had been ejected from the vehicle and was pronounced dead at the scene by the Dunn County Medical Examiner’s Office.

According to the news release, Lemler was not wearing a seat belt at the time of the crash.

According to his obituary, when Braden was not in school, “he could be found doing chores at Grazin’ Acres Dairy in Hillsdale and Hill Creek Farms in Colfax.”

Braden Lemler was active in the Colfax Chapter of FFA.

“Braden was a great kid that was willing to help with anything you asked of him. He has been working on making some of the FFA Alumni plaques and recognition plates for the Colfax fair. His classmates are certainly going to miss him both in the classroom and as a member of the FFA,” said John Nelson, Colfax High School agriculture teacher and FFA advisor.

“Braden competed in a bunch of FFA activities, including soil judging, dairy judging, livestock judging and would have been serving as one of our FFA officers this next year. He has attended the state and national FFA convention as well,” Nelson said, adding that Braden was a member of the Colfax Ice Fishing team, too. 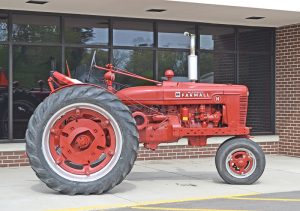 Braden showed a beautifully restored Farmall H tractor at the Colfax Free Fair in June of 2017 for which he won an Award of Excellence. Braden also showed the Farmall H at the Barron County Fair and at the Wisconsin State Fair, where he won a grand champion ribbon.

“It was a somber start to the school day (Monday) morning. A student led group organized a procession of tractors in honor of Braden,” said William C. Yingst Jr., district administrator.

“Braden’s family came to the school with his younger sister (Monday) morning. Mr. Dachel and myself addressed the entire high school student body and shared with them that it is alright to grieve and show emotion as this is part of the healing process. We discussed student safety and the plan for the rest of the day and week,” he said.

“Braden was a nice young man and all around ‘good guy.’ He had several friends from the football team, the FFA and his hunting buddies. He especially loved his Farmall tractors. He and his Grandpa Jerry restored a 1947 Farmall H tractor, which is on display outside the school currently. He was involved with the Scholastic Shooting team in the past as well,” Yingst said.

“I had spoken with Braden many times in the halls of the school, and he was always pleasant and willing to talk. There has been a huge outpouring of support for Braden and his family during this tragic time,” he said.

“Our deepest sympathy and condolences go out to Braden’s family,” Yingst said.

“Braden was a real hands-on type of kid that had a great work ethic and a passion for tractors. He will be greatly missed by the students and staff here at Colfax,” Dachel said.

“We will continue this week with support for everyone in the district and try to help everyone heal,” he said.

Several students who had driven tractors said they all planned to bring them back to school on Wednesday for the memorial service for Braden and also planned to drive them in a procession to the Colfax Fairgrounds for the dinner following the funeral service.

In the lobby of Colfax High School, a memorial was set up for Braden with a poster containing his picture, flowers and farm toys. 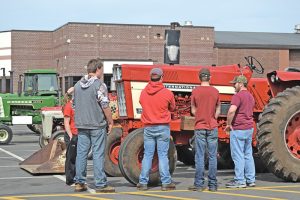 Dozens of students had written messages to Braden and had signed their names on the poster.

A complete obituary for Braden Lemler is published elsewhere in this issue of the Colfax Messenger.

The memorial service for Braden is scheduled for 4 p.m. today (Wednesday, May 16) in the Martin Anderson Gymnasium at Colfax High School. 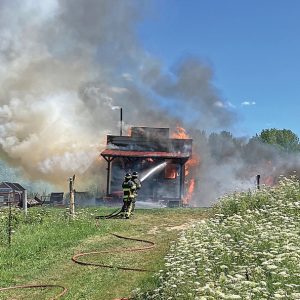 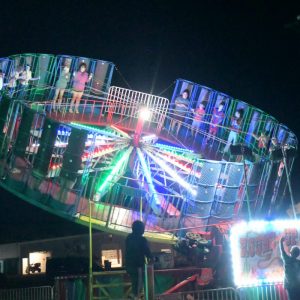 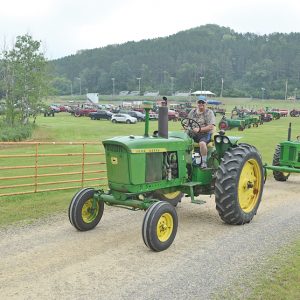