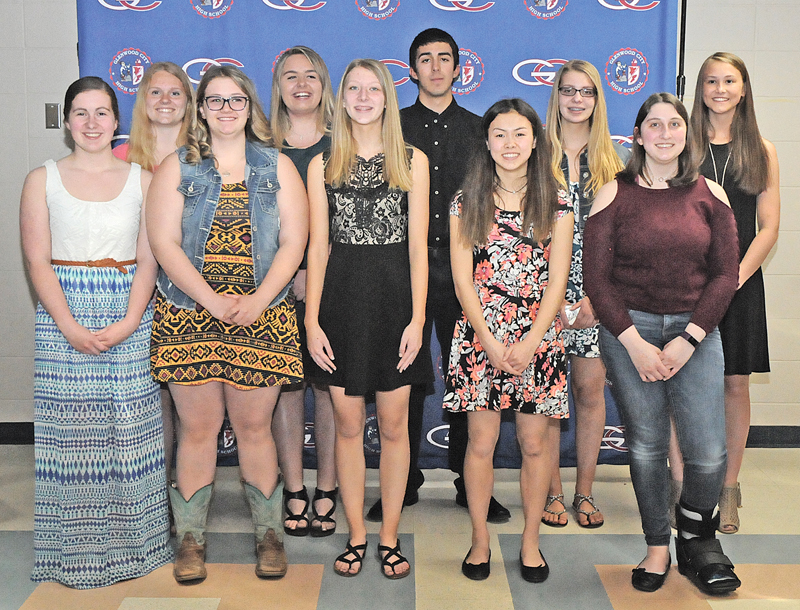 GLENWOOD CITY — The Glenwood City Chapter of the National Honor Society refreshed its ranks with the addition of ten new members during its annual spring induction ceremony held on Wednesday, May 2.

Senior NHS members Ethan Kahler and Jacob Nadeau opened the program by welcoming inductees, parents, sponsors, and friends. They also introduced the ceremony’s guest speaker,  Glenwood City Elementary second grade teacher Joanie Branigan, who will be retiring at the end of this school year after teaching in the district for the past 34 years.

Following Branigan’s address, NHS members and officers spoke about the candle of knowledge and the principles of the organization. Corrie Gifford read a detailed description of the meaning of the Candle of Knowledge, which was followed by explanations of the society’s four virtues –  Service, Scholarship, Leadership, and Character – each described in detail by officers Elizabeth Wink, Makayla O’Brien, Jenesa Klinger and Abby Kremer respectively.

NHS advisor and high school/middle school principal Patrick Gretzlock then installed the new members during a candle lighting ceremony after which all ten inductees along with the current membership recited the NHS pledge in front of staff, family, friends and peers. New members were awarded a pin and a certificate of membership.

Before a student is accepted into the Glenwood City NHS, he or she must first meet the stringent requirements of scholarship, service, leadership, and character. To even be eligible for consideration a candidate must be a least a second semester sophomore with a minimum grade point average of 3.50. Qualified NHS candidates are then invited to apply with chapter advisor Ann Schneider for membership. Selection for membership is based on a review of the candidate’s application. 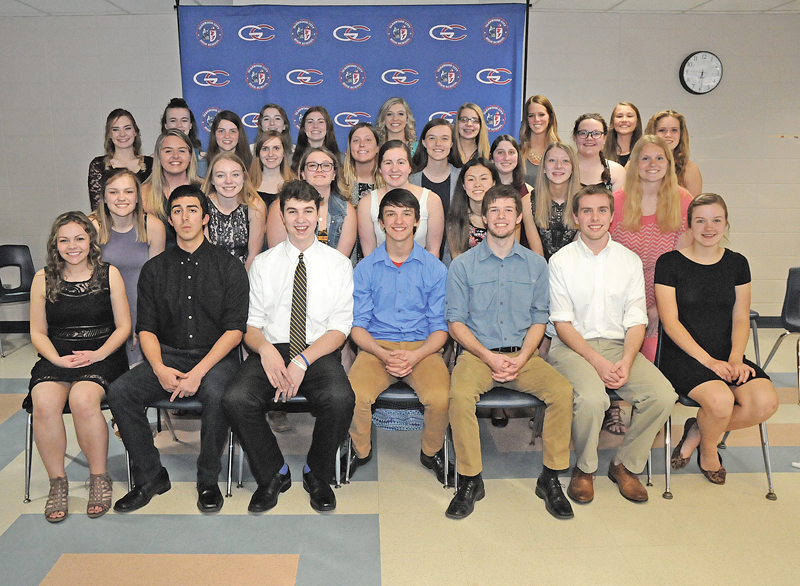 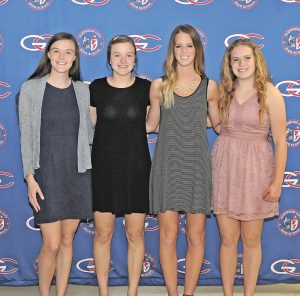