So, as I sit at my work desk, heading into my sixth year with The Messenger and gearing up for another sports season, (the calm before the storm as I refer to it), I have been looking back at the past year in sports for both of the schools I cover. (Remember, my year tends to revolve around the sports season). It was again a very successful year with conference champions and regional champions being crowned in several sports.

The Colfax football team made it to the playoffs for the second year in a row after a long drought, and although they finished with a good enough record to host a game, they couldn’t break the streak of not winning a playoff game since 1984 after they lost to Chequamegon 42-22. The Vikings had a 1,000 yard rusher when Jeremiah Wait completed his high school career with 1,194 yards, and would have tacked on some more yards had the Ellsworth game not been cancelled due to lightning. Weather was less than cooperative last fall when another game in Glenwood City ended up being a two day event when lightning again was prevalent in the area, resulting in the game starting Friday night and finishing up Saturday morning.

Elk Mound took their lumps on the gridiron with a young team again but won’t have that excuse this year. They should have plenty of experienced players back including 1,000 yard rusher (1,051 to be exact) Noah Zurbuchen, a junior this year who accomplished the feat as a sophomore.

After winning the conference championship two consecutive years and their first regional championship since 1997, the Colfax volleyball team will have some rebuilding to do this season after losing five seniors, including the Player of the Year in the conference, Kori Buchanan.

Elk Mound will say goodbye to 25 year head coach Donna Weix but I won’t have to learn to spell a different last name in my writeups since her daughter Samantha has taken over the job. Donna leaves the program with several conference and regional championships, and a sectional championship in 1992, leading to a state tournament berth where they placed second.The Mounders will also need to do some rebuilding this year after losing 10 seniors from the 2014 team. Elk Mound and Colfax played the most exciting two hours of volleyball I have had the privilege to cover when they faced off in the final conference match of the season which ended up determining the conference championship. Both teams were 8-0 and the Mounders took the first two sets, then went up 11-4 in the third before the Vikings got a wakeup call and ended up coming back to win that set and the next two. Colfax then breezed through regional play but lost to eventual state qualifier Cameron in the sectional semi-final game.

The cross country season ended at the state meet for a pair of Elk Mound runners and one from Colfax, with Mounder Caleb Kruger making his first trip as as senior while Elizabeth Fasbender in her sophomore year, made school history as the first girl to qualify for the big show. Abbagail Schotter, a sophomore on the Vikings squad, was the lone representative for the team.

In their second season of girls golf, Colfax linkster Hannah Demoe ended her season at the sectional meet. With four girls on the team, the Vikings recorded team scores for the first time and showed steady improvement from the start of the season to the end, playing several matches in very poor weather conditions.

Basketball season was a mixture of success and disappointment with the Colfax girls winning yet another conference championship, then losing to Fall Creek in the sectional semi-final game. (Fall Creek went on to win the sectional and took second at the state tournament). Graduating senior Dannielle Dachel ended her career as one of the school’s best three point shooters and was the conference Player of the Year. The boy’s team had their share of ups and downs as they tied for the conference championship by beating Elmwood-Plum City in the final regular season game, but lost to the same team on a last second three point shot in the second round of regionals. Sawyer DeMoe concluded his high school career by scoring over 1,000 points and putting him fifth on the school’s all time scoring list with 1,053. He was also the Co- Player of the Year in the conference.

The Elk Mound girls showed they were ready to take on the big dogs by finishing 12-2 in conference play for second place behind Colfax, and playing back down in D4 for tournaments for the year, won their first regional game before losing to Regis in a closely contested game. The Mounders lose just one senior from the team and have a lot of talented underclassmen coming up.

After coming off a state tournament appearance in 2014, the Mounder boys had some rebuilding to do but ended up tying for second in the conference at 8-6. Playing in D3 for tournaments, they won their first game then lost by just four points in the second round to Altoona.

Brady Simonson made a return trip to the state wrestling tournament for the Colfax-Bloomer team and after having knee surgery this past spring, hopes to be healthy and ready for his senior year.

Spring sports brought plenty of excitement too, with the Elk Mound softball team running the tables in the conference and finishing with an 18-0 record. Playing in the regional final with five seniors, several who were on the afore mentioned volleyball team, the Mounders lost 2-1 to Bloomer in a very well played game by both teams. Bloomer advanced to the state tournament after winning the sectional, but they won’t be a problem next year as they move up to Division 2.

The Colfax girls struggled on the ball diamond under first year head coach Rich Meredith and used a starting lineup with a combination of veteran seniors and four or five freshmen. The team played a summer schedule against some highly competitive teams in hopes of building a program that will put them in a future conference title hunt.

The Mounder boys always seem to have an abundance of good pitching arms and used them to win a regional title before falling to Durand in the sectional semi-final game. Elk Mound finished second in the Large D-SC conference behind St. Croix Central who will move out of the D-SC for all sports next year, but with Durand taking their place it looks like there will be mighty good competition remaining.

Colfax baseball coach Tim Wilson announced his retirement after leading the Vikings since 2001. He coached in Plum City for eight seasons prior to starting with Colfax and after doing some research (with help from Paul Churchill over there), I attempted to add up Wilson’s record. Former sports writer Marlin Raveling here at The Messenger didn’t always put in a team’s final record after their last game in his writeups and school yearbooks didn’t always have them either so I came up with Wilson finishing with 198 wins between the two schools. When I mentioned to him before their regional game he needed two wins to reach 200, the always humble coach simply commented, “I think your a little off”. (I think he was talking about my stats). So if I am a little off he’ll have to correct it. Anyway, in his final season, the team finished in fourth place in the conference at 5-8 and lost to Chetek-Weyerheauser by one run in a semi-final regional game played in a steady rain in which the Bulldogs scored the winning run without getting a hit. Not a good way to end a season or coaching career.

Track and field teams for both schools always have success it seems with the Colfax boys producing a new school record holder with Andrew Adix in the 200 m dash. Adix finished third at the state meet and teammate Jelani Smit, a sophomore, competed in the 300 m hurdle event. A pair of relay teams and two individuals (Dempsey Fogarty and Katie Christoffel) also ended their season at the state meet.

Elk Mound’s Jonah Bauer discovered how hard it is to win back to back state championships after winning the 100 m dash in 2014 then placing fifth this year. He was also fifth at state in the 200 m dash this season and ran on the 4 X 100 relay team that did not place. The Mounder girls didn’t get anyone through the sectional with the tough Division 2 competition.

Both golf teams took their lumps in the six team conference with Elk Mound finishing fifth and Colfax sixth. Neither team advanced anyone through their respective regional meet but lowered their scores throughout the season.

Both schools have been adding new sports to their programs including trap shooting and/or pistol shooting to name a few. Coaches need to keep me informed over here so I can try and keep up with them.

With football practice beginning the first week of August and volleyball, cross country and golf soon to follow, it looks like another exciting year of sports is about to begin. Good Luck to all of our teams and make sure you get out and support them! 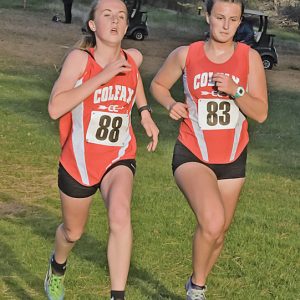 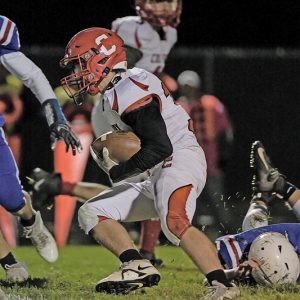 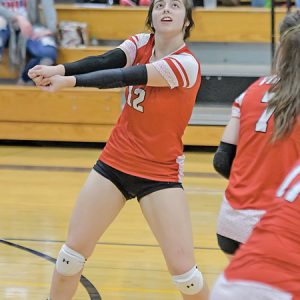 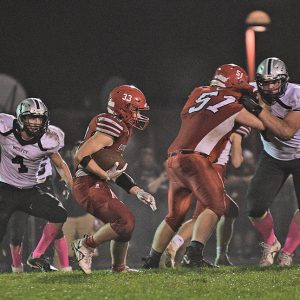 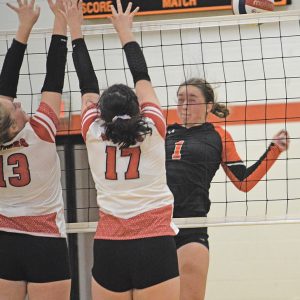