MENOMONIE  —  A Dunn County judge has ruled that a 21-year-old Cadott man accused of killing two people and injuring six others in an accident on I-94 near Elk Mound last October is competent to assist in his own defense.

Judge Rod Smeltzer ruled April 13 in Dunn County Circuit Court that Michael Sonnentag is competent to proceed with the case against him and to assist his attorney with his defense.

Judge Smeltzer based his decision on two separate psychological evaluations.

Harry Hertel, Sonnentag’s attorney, agreed that competency is present and said that as his attorney, he needed to make sure Sonnentag understands all aspects of the case against him.

Even though the psychological evaluations indicate Sonnentag is competent, the defendant also has a responsibility to the court, Judge Smeltzer said.

If Sonnentag has a question about anything, he has both a responsibility and a right to raise his hand and say that he wants to consult with his attorney. The defendant has a responsibility to resolve his concerns, Judge Smeltzer said.

A separate motion to suppress statements made by Sonnentag in relation to the Miranda warning also has been filed with Judge Smeltzer.

Hertel said he also planned to continue plea discussions with District Attorney Nodolf to see if the case  can be resolved before it goes to trial.

A jury trial in the case is scheduled in Dunn County Circuit Court May 18 through May 21.

Judge Smeltzer scheduled a motion hearing on April 24 at 1:45 p.m. pertaining to Sonnentag’s understanding of the Miranda warning.

A final pre-trial hearing is scheduled for May 1.

According to the criminal complaint, the Dunn County communications center received reports of a accident on I-94 in the Town of Elk Mound on October 11 at around 2:40 a.m.

When deputies arrived on the scene, they observed a vehicle that had rolled numerous times and was upside-down in the treeline.

A cash bail of $50,000 was set October 13, but bail was modified to $20,000 cash following the  preliminary hearing on October 29. As a condition of bail, Sonnentag was ordered to consume no alcohol and to maintain residence with his father in Stanley. 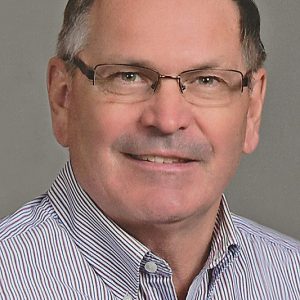