The goal was to collect between 40 and 45 units of blood, and a total of 41 units were collected.

A variety of volunteers helped throughout the day. 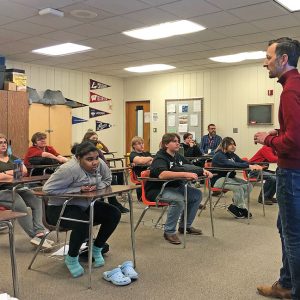