The second half ended for a couple of leagues in the last week. On the Sat. Nite Live Mixed Doubles league, the “In-Laws” etched out the victory by a slim 3.5 point win over my 3 C’s team. “In-Laws” are made-up of Dale and Karla Obermueller and Dan and Rita Anderson.

Congratulations to both teams!!

We held our Christmas Tournament over the Holiday Break and here are the top five teams: 1st place – Leaker’s II; 2nd place – Leaker’s Old Timers, 3rd place – Standaert Men, 4th place – Family ChiroCare, 5th place – The Starters. The winning team, Leaker’s II, was made up of Gary Standaert, Roy Stevens, Jordon Wink, Dale Obermueller, and  T.J. Wink. This team really lit ’em up and was about 150 pins ahead of the next top team.  Great bowling fellas!!!

We had 25 teams participate and I want to thank everyone for the great tournament!!

• 1945 – President George W. Bush and Barbara were married Jan. 6. They celebrate their 69th wedding anniversary. George was 20, Barbara was 19.

• 2003 – A 20-ounce hamburger debuted at New York City’s Old Homestead restaurant. At $41.00, it was the most expensive hamburger in the city. It came with fries.

Birdie with a yellow bill, hopped upon my window sill, cocked a shining eye and says: “What are you going to do tonight sugar….bowl??”  Bee Boop!

Shortly after a British Airways flight had reached its cruising altitude, the captain announced: “Ladies and Gentlemen, this is your captain. Welcome to Flight 293, non-stop from London Heathrow to New York. The weather ahead is good, so we should have a smooth, uneventful flight. So sit back, relax, and …… OH…MY GOD!”

Some moments later, the captain came back on the intercom. “Ladies and Gentlemen, I’m sorry if I scared you. While I was talking to you, a flight attendant accidently spilled coffee in my lap. You should see the front of my pants!”

From the back of the plane, and Irish passenger yelled…

“For the luvva Jaysus….you should see the back of mine!” 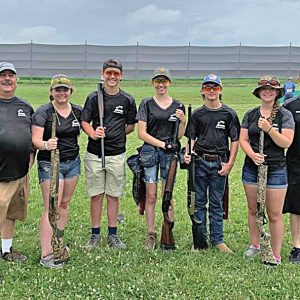