GLENWOOD CITY – The Valedictorian for the Class of 2013 at the Glenwood City High School is Kaylin Spaeth.

She is the daughter of Bill and Vicky Spaeth.

Kaylin shared that her most memorable moments in high school were spent with friends and nights out with Steph and Renita as well as coon hunting. Also making it to Internationals in DECA her junior and senior year were times she will never forget and every class in FFA will always be memorable.

Along with FFA classes like Animal Science with Mrs. Jagielo, Biology with Mrs. Ohman was a favorite class of hers as well as Spanish since it is fun to learn a new language Kaylin shared.

Other than the typical time spent in the class room, Kaylin has been a part of several extra curricular activities including the National Honor Society, G Club, Softball and she was a class representative.

Spaeth has also been an active participant in the DECA and FFA clubs in her high school career. Her love of agriculture and animal science has inspired her to follow that career path. Kaylin plans to attend the University of Wisconsin-River Falls and major in agriculture business with a possible double major in Animal or Dairy Science and a possible minor in Spanish.

Boyceville High School Class of 2021 awarded over $680,000 in scholarships and awards 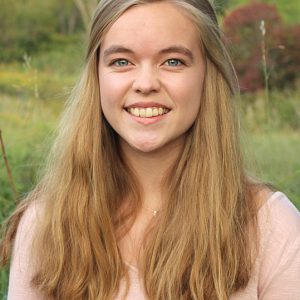