MENOMONIE — The Dunn County Board has approved borrowing $17 million to remodel the old health care center, to remodel the Government Center, and to purchase a new accounting system.

Remodeling the old health care center for “people services” will cost $12 million, with $10.5 million going for actual construction, said Steve Rasmussen of Boyceville, chair of the Dunn County Board.

The remodeling project for the old health care center will involve 76,000 square feet of space on the lower and main level; about 44,000 square feet on the upper level will be left unused and can be finished later if needed, he said.

Dunn County taxpayers can expect to pay an additional $12 per year per $100,000 of property value for 13 years, or $156 total, to pay for the projects, Rasmussen said.

The Dunn County Board approved borrowing the money on a vote of 27 to 2.

Two supervisors, Donald Krause of New Auburn and Pete Weiss of Menomonie, were absent from the meeting, so in this situation, their votes counted as “no” votes, Rasmussen noted.

Alec Kirby, Dunn County Board supervisor from Menomonie, attended the meeting by telephone.

Kirby was seriously injured in a car accident two weeks ago and was still a patient at Sacred Heart Hospital.

Rasmussen noted that the Dunn County Board has officially approved a rule that allows supervisors to attend two meetings per year by telephone if they are physically unable to attend.

The Dunn County Board also approved borrowing $4.295 million to refinance existing debt from 2003 and 2004.

According to a memo to the county board from Gene Smith, county manager, remodeling the old health care center and the Government Center on Wilson Avenue will generate savings per year of about $187,000.

The $187,000 in savings does not take into account savings related to drive time for county employees to travel between buildings.

The initial estimate of $400,000 per year for travel time was based upon all county offices being located in the old health care center. With “people services” located in one building, the county will still save money on travel time.

Other one-time savings and revenues could amount to more than $750,000:

Here are some of the savings associated with remodeling the old health care center:

• $69,387 in rent for the agricultural service center building by moving the Environmental Services Department to the Government Center. The rent changes each year according to the Consumer Price Index (CPI).

• $92,880 in rent, utility and maintenance costs for the Job Center if the Economic Support Division of the Department of Human Services moves to the old health care center and the Dunn County Economic Development Corporation moves to the Government Center. Smith noted that DCEDC can choose its own space but that moving to the Government Center would offer closer proximity to the Menomonie City Hall and other county offices.

• $4,428 savings per year to eliminate the “dark fiber” cost for the agricultural services and job center buildings.

• $19,000 per year in savings for the utility cost for the current Human Services/ADRC building.

• Annual savings based on wasted travel time for county employees to go back and forth between buildings.

• $2,000 in savings per year if the current records storage facility is abandoned and the unoccupied space at the newly-remodeled health care center is used for storage. 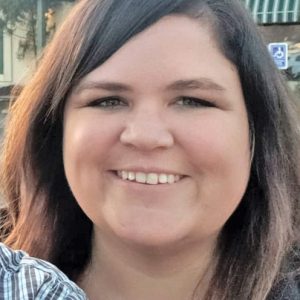 Kincade resigns from Village Board

Village Board gets information about TIF districts, Sykora extension

Former Boyceville EMS director pleads “no contest” to one misdemeanor