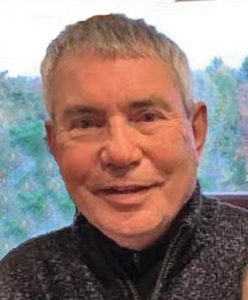 Jim was born in Watertown, Wisconsin, on September 18, 1946. He attended a Catholic elementary school in Waterloo, WI, and Waterloo High School.  In high school, Jim was active in football, basketball and track. He was also proud of his participation in the local high school production of “Brigadoon”. Following graduation from high school, Jim attended UW-Oshkosh for a year and a half, then transferred to UW-River Falls where he participated in football and graduated with a degree in communication disorders.  While at UW-River Falls, Jim met and married Rebecca “Becky” Peterson. He worked as a speech therapist for a CESA district in southern Wisconsin and coached junior varsity football. In 1970, Jim accepted a job in Great Falls, MT, at the School for the Deaf and Blind. After two years in Montana, Jim and his wife moved back to Wisconsin. They worked at Camp Courage in Maple Lake, MN, during the summers of 1970, ‘72, ‘73, and ‘74. In 1972, Jim accepted a position with the Menomonie School District as a Speech Therapist and worked there for 4 years while earning his Master’s Degree in Audiology. In 1976, Jim began work at Northern Center in Chippewa Falls, continuing until 1980 when he opened his own Audiology practice. He also taught at UW-Eau Claire part time.  In 1990, Jim accepted a job as an audiologist with CESA 10, providing services to deaf, hard of hearing and normal hearing students. During this time, he earned an ED. S. degree. Jim moved on to an administrative position with the Colfax School District in 1996, serving as Special Education Director and Curriculum Coordinator until his retirement in 2005. In retirement Jim had an active consulting business providing instruction and leadership to schools in and out of state. He also taught classes at UW-Stout part time.

While Jim had an active and varied professional career, he did not hesitate to participate in other activities. He completed the Birkebeiner in 1982, ‘84 and ‘87, the Kortelopet in 1983 and Grandma’s Marathon in 1985. Jim also participated in the Tinman in 1984 in Menomonie and rode in the Chequamegon Fat Tire race. He played basketball and softball on community teams and participated in many local 6K runs and other races held in Minnesota. He and members of his family took part in Sawdust City Days races in Eau Claire. Jim served as a lay pastor to the Congregational Church in Durand for 5 years. He enjoyed camping, travel, biking, cutting wood, making trails on his property, feeding the birds, planting trees in the yard of his current home and attending sporting events. A more recent highlight of his life was the renovation of the barn on his home property. He took great pride and joy in the finished product completed in 2018 by Dahm Construction of Cornell.

Supporting Jim in all these adventures was his spouse of 52 years, Becky. Jim is also survived by his brother, John, and his wife, Geri, of Victoria, MN, his sister, Helen Robertson of Sun City, AZ , his sister, Faith, and her husband, Al Raether, of Green Valley, AZ, sisters-in-law, Jane Horne and Mary Christensen of Eau Claire, sister-in-law, Sally Gourd, and her husband, Erik, of Pensacola, FL, and numerous nieces and nephews. Preceding Jim in death were his daughter, Lindsay, his parents, Harley and Evelyn Kiesow, and his father and mother-in-law, Harvey and Irene Peterson. Jim was a man with a deep belief in God. From the age of 25 he never failed to read his bible every evening. His skill with the written word was only surpassed by his verbal ability. To describe Jim as a “talker” would be an understatement. He used his verbal ability to the fullest extent when showing an interest in others, delivering an informative or inspiring message, or providing instruction to students and teachers alike.  He loved people, particularly children, and they instinctively knew that. Jim will be missed by all who knew him. He was a man of integrity and compassion, a creative teacher and a loyal friend.

Due to restrictions placed on large gatherings, a funeral or memorial service will not be held at this time.  A memorial service may be held at a later date. If individuals would like to make a donation in Jim’s name, they may consider contributing to their church, to Bob’s House for Dogs, as Jim loved dogs, or to the Eau Claire Children’s Theater where his daughter, Lindsay, was an active and enthusiastic participant during her elementary and high school years.