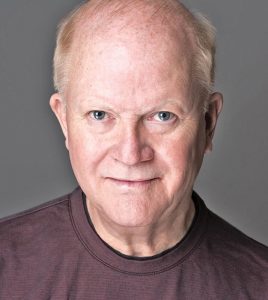 GLENWOOD CITY — Glenwood City native James Severson began his journey into acting five years ago by fluke when a friend recommended him for a small part as a homeless person, and has enjoyed it ever since.

“I never got paid for that first job but it was fun,” Severson explained.

Severson is the son of the late Ernie and Pearl Severson, and before he began acting he was a special education teacher as well as working for a jail in Utah teaching inmates before deciding to retire after 35 years.

Severson has been attending the 1 Media Production company and acting school for the last four years under the tutelage of Hollywood actor Dan Hewitt Owens, explaining that Owens encourages all of his students if they are in the field to get out and act.

With his recent appearance in the YouTube television series “Nightmare Gate Box” Severson earned his SAG-AFTRA (Screen Actors Guild-American Federation of Television and Radio) card, playing the part of Eric.

In the series each episode is roughly five minutes long, explained Severson, with each story revolving around the worst nightmares from when you were younger and re-learning how to handle each situation as it comes.

“I took a picture of myself next to the movie poster,” stated Severson, “and I pointed to my name on the first line in the credits.”

Severson explained that actors can receive their cards after appearing in the background for three movies or television shows, but he wanted to earn his the right way by playing bigger parts.

He has high hopes that there will be a demand for more mini episodes in order to fill another roll for the series. 1 Media Production, who produced the series draws on the students that attend their acting school.

Severson attends classes regularly in Los Angeles as well under the teaching of Robert Rountree who is known for doing video documentaries.

“It’s helped keep my memory sharp, plus I’ve learned I have to pay attention to the other actors when we are doing a scene,” he said.

After working on “Paul Blart: Mall Cop 2”, he explained it was fun doing a larger production with hundreds of different people each with their own job.

“Hair and clothing were always close in order to make sure everything looked like it did in the take before,” Severson said.

Severson noted that if anyone wanted to find him on popular movie sites such as IMDb (Internet Movie Database) to look for his stage name, James Sjurson, instead.

His stage name comes from his great-grandfather’s spelling, since there were four other James Seversons already.

Koosmann named 2021 Firefighter of the Year